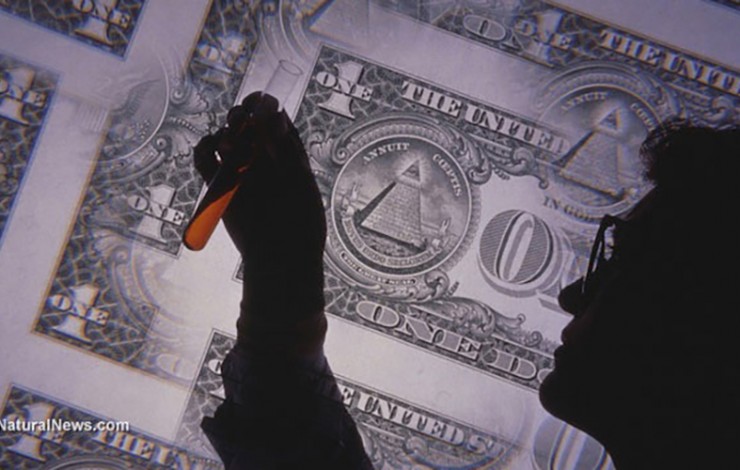 August 10, 2015 in pharmaceuticals by nauman 0 Comments

From the creators ofDoctored, an acclaimed documentary film exposing the medical-industrial complex and its monopolistic stronghold over American healthcare, a new film entitled Bought has just been released that takes a deeper look into this sinister industry and how it's intentionally poisoning not only our medicine but also our food supply.

Available for FREE online viewing through March 6, Bought uncovers the truth behind three major aspects of modern life: vaccines, GMOs (genetically modified organisms) and pharmaceuticals. Though they might seem independent of one another, these three industries have been thrust upon the masses by the same evil forces that have infiltrated the highest levels of education, industry and government.

Made possible by generous donations from thousands of IndieGogo supporters, Broughttackles each of these important issues in-depth, linking them to Wall Street corruption, widespread chronic disease, autism and more. The film aims to draw mainstream attention to the fact that multinational corporations have colluded with the government to peddle poisons on the masses, without consequence.

An unspeakable evil is literally manifesting a dystopian reality in which the food supply is lurking with genetically modified organisms (GMOs), pesticides and heavy metals, and in which medicine has degenerated into nothing more than the systematic drugging and vaccination of nearly the entire population.

"Peel back the layers and see what's really driving our industrialized food, our insane vaccine expansion, and our love affair with pharmaceuticals- it's the same villain," explain the creators of the film.

The meaning behind the film's title is simple: Major industries that claim to keep the public nourished (Big Food) and healthy (Big Pharma) have been bought and paid for by special interests that aren't really concerned with whether or not you and your family live well. As usual, their primary goal is money, and lots of it.

Once an art practiced by individuals with a true passion for healing, medicine as we generally know it today has been hijacked by a mafia cartel of drug and vaccine pushers. Profits, eugenics and depopulation have taken the place of compassion, care and well-being.

"MD's aren't being allowed to actually practice the art of medicine," lament the film's creators. "Chiropractors are marginalized and sidelined and anyone who questions vaccination safety, pharmaceuticals, factory farms, etc. is ridiculed and belittled."

The food supply is in similar dire straits, having become so poisoned with herbicides, genetically engineered substances, processed additives and other deadly chemicals that it is no longer a trustworthy source of sustenance.

Vaccines are a fraud: they haven't been proven effective, and they're deadly

And what about vaccines, which have supposedly increased life expectancy and helped eliminate the spread of infectious disease? If the current measles outbreak that some states are using as an excuse to try to eliminate vaccine exemptions is any indicator of what's really going on, Big Vaccine, just like Big Food and Big Pharma, is also a nefarious entity that simply can't be trusted.

"It's a $30 billion a year industry," states one expert about vaccines in the official trailer forBought. "The government has said they're safe and effective for everybody, [but] the evidence doesn't suggest that."

"If you compare us to any other industrialized country, we are going backwards."