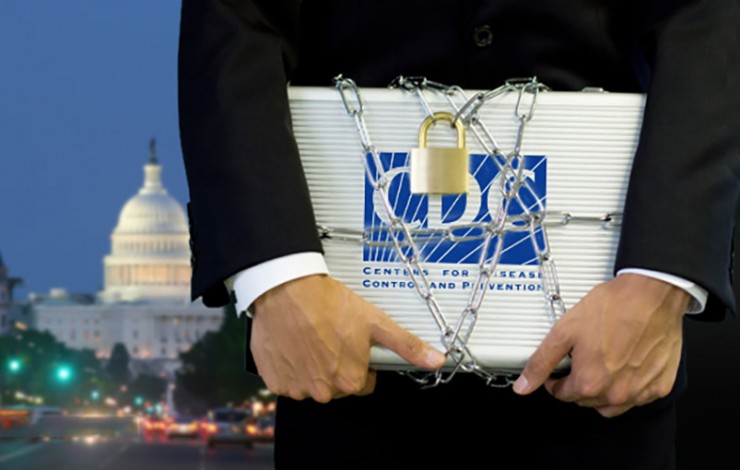 If it often seems like America's "civil servants" and public officials no longer work for us, the people, it's because they don't. The government today, both locally and federally, has been hijacked and turned into a private corporation, including the U.S. Centers for Disease Control and Prevention (CDC), which is definitively nothing more than a for-profit business perpetuating both its own continued existence and the corporate agendas of its puppet masters.

Just to be clear, this isn't just some tongue-in-cheek rant expressing dissatisfaction with government "incompetence," or with the actions of the current political party "in charge" -- it's an undeniable fact that inevitably leads us all much further down the rabbit hole, and a truth that more Americans need to understand for the purpose of learning how to bothescape from the clutches of Government Inc. and ultimately shut it down.

Certain parasitic entities, you see, have infiltrated our once-free Republic and turned it into a military-industrial fascist state that serves private interests. And you, American, if you don't learn how to "opt out" of this evil system, are a willing participant in your own tyranny, whether you realize it or not. Though it might sound complicated, it's really quite simple: The "government" that essentially rules over Americans today is an illegal, private corporation that has supplanted our real government, which once acted on behalf of the people to protect their interests and freedoms from the type of tyranny that, ironically, has taken over America from within.

CDC listed in Dun & Bradstreet as for-profit corporation that, by default, works against the public interest

Concerning the CDC, this supposed "public health" agency is admittedly a for-profit corporation, as evidenced by its inclusion in the official Dun & Bradstreet database. As you'll see, the CDC has a corporate headquarters and multiple "branch" locations, just like Walmart, Monsanto and every other corporation out there trying to make money.

The CDC is also directly aligned with the pharmaceutical industry, working lockstep with these purveyors of deadly drugs and vaccines to push for-profit poisons on the masses. Whether it's protecting the official narrative -- vaccines are safe and effective! -- or influencing politicians to support the latest drugs and vaccines, the CDC is always there to act as a trustee, if you will, for the multi-national drug and vaccine cartels.

This isn't an accident, of course, as the CDC's very existence is predicated on its loyalty to industry over the people. Part of the American "shadow government," the CDC has never been about protecting public health or supporting the public interest, but rather perpetrating medical tyranny and every bit of propaganda, "research" and political influence necessary to keep Medical Corp. alive and the profits flowing.

The United States Corporation, which includes the CDC, does not operate under constitutional law: We've all been scammed!

When you truly understand how this entire corrupt system really works, it only makes sense why the CDC, the Food and Drug Administration (FDA) and many other "government" agencies are constantly promoting vaccines, pharma pills and other forms of deadly quackery as being "good" for the masses, while at the same time targeting raw milk, cannabis and other natural healing agents as "bad." These agencies are not, nor have they ever been, held accountable to the people; the top dogs in charge are free to hire whomever they wish without scrutiny; and all of them are literally corporations that are perpetrating their own corporate rules on the people, without our consent, through undisclosed civil contracts.

The AntiCorruption Society has compiled several important resources, including one document on The Clearfield Doctrine,[PDF] and another on how our government was corporatized that explain in further detail the scam that is USA Corp., its private Federal Reserve and the multiple three- and four-letter agencies that have stolen away our freedoms.

"The corporatization of our governments (which started long ago) changed the role in government our elected officials play," explains an eye-opening piece by Parents Against Mandatory Vaccines entitled "Our Government is a Corporation."

This key document delineates how governments, both local and federal, have been hijacked and turned into corporations that enforce fictitious laws against fictitious "people" -- you and I, under duress -- who never actually consented to what in essence are private legal contracts with these private corporate entities posing as government authorities.

"Once they take office [politicians], they no longer represent the folks who voted for them, but become trustees (or employees) of the federal, state, or local corporations. This scam has been going on a long time, but we feel the results of it more each year. ... This is because we are primarily living under admiralty, maritime or business 'contract' law not Common Law or Constitutional Law."